You probably have never heard of, never been to, and don't know much about Vinita, Oklahoma.

Guy Fieri, celebrity chef, once visited Vinita to see Clanton's Cafe for his "Diners, Drive-ins, and Dives" TV show. So there's that! 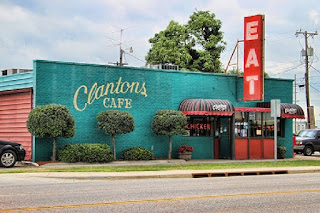 I've been to Vinita many times. It was home to my Uncle Gordon and Aunt Lenora.

Uncle Gordon owned a gas station in Vinita. Full service! Whenever my family would visit, which was almost every summer when I was young, he would let me spend an afternoon pumping gas and washing the car windows of customers.

Uncle Gordon loved politics. I think he was a Democrat, although I never really knew one way or the other. He could get pretty worked up about either party. He'd bust out a "dad gum" or a "my oh my" or a "heck fire" whenever politics was the topic of conversation. I can still see him pacing back and forth as he talked with my Dad and my uncles about this or that thing the Democrats of the Republicans were doing.

Uncle Gordon cared deeply about how people governed and how taxes were spent. He cared deeply about how politicians treated people and how well government worked for people. And, as you know, sometimes politicians don't govern very well and waste tax dollars. Sometimes, politicians seem callous toward the needs of people and government doesn't work very well. At other times, our elected representatives do a wonderful job and make significant contributions that improve the life of the people that they govern.

Regardless of his perspective - good or bad, I never heard Uncle Gordon call someone that he disagreed with a "loser." He never called politicians names. He never made fun of his governor or his state senator or the President.

Uncle Gordon grew up in a state that has had a bit of a complicated history with race and diversity. Yet Uncle Gordon never argued that our government should isolate or watch or ostracize certain groups of citizens.

Uncle Gordon had strong convictions. At times he believed he knew what was best. But if his Governor or his state senator or his US Congressman made a decision that he did not agree with, Uncle Gordon did not advocate rioting or violence.

Here in the Novi Schools, we (your principals, your teachers, the adults who work for the school district) work hard to help you learn lessons that will prepare you for life. We think a lot about how we teach and spend significant amounts of each day helping you learn math and history and how to write and how to read. It is critically important that you learn those lessons.

But, in our district, of approximately 6,500 students with over 55 languages spoken in the homes of our community, with a wide variety of ethnic and religious groups, with houses that range from modest to well appointed, and with over 1,000 students who are classified as English Language Learners, it is also important that we spend time talking about and providing examples of how to work with and talk with and be with each other.

If you have paid attention to this presidential election season, you might have seen examples of behavior and heard comments that I would view as unacceptable. Yelling and name-calling are common. The candidates appear more interested in speaking than listening. Insults have been hurled at each other and at groups of people.

This is not how I want us to act in our school district!

But in order for our democracy to work we need to learn to work with and for each other.

I am proud of you - the students in Novi. You have shown me through your actions that you have learned and are learning how to respect one another, how to work with people who do not look or sound like you, and how to listen and talk with each other.

Are we perfect? No!

Do we sometimes make mistakes? Yes!

But together we - students and adults - are trying to build the skills that we need to create a society that we can be proud of and live in.

You would have liked Uncle Gordon. He helped me learn how to listen and when to speak. He helped me learn to think about problems and how to solve them. My hope is that in addition to reading, math, history, and science, we can help you continue to learn those lessons as well.

Dr. Matthews
Posted by Steve Matthews at 2:32 PM 3 comments: Links to this post

I have had a hard time sitting still my whole life. As an adult it's not too bad. For the most part I can move when I want to move.

But when I was a student I was often told to sit still. I frequently found trouble because I did not have the ability, nor really the desire, to sit still at my desk.


We now have a more enlightened view of learning. Learning no longer is confined to sitting still in a chair at a desk. 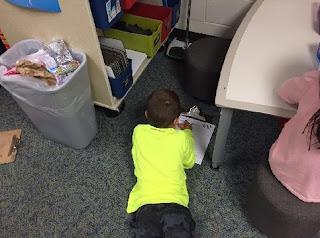 Learning is active. We now understand that movement enhances learning. Providing students with the ability to make choices on where they will learn allows students to exercise control over their environment and their learning. 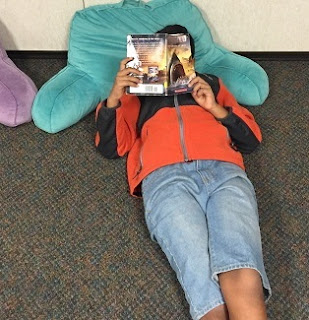 Allowing movement and choice comes with a price. Teachers give up some control. Classroom noise may increase.  Classrooms are no longer neat, orderly boxes.
But the trade-off is worth it. No longer do students have to pen up all of their energy and enthusiasm. No longer will students have to use their intellectual capital to focus on not moving or learning only in one place.
Learning increases when students do not have to sit still!
Posted by Steve Matthews at 8:10 AM No comments: Links to this post